Home / North Palm Beach Edition / Can You Get Rid of Chronic Migraines?

Can You Get Rid of Chronic Migraines? 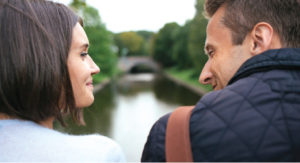 Migraine headaches can ruin your life. They can make it challenging to work and take care of everyday tasks. They rob you of even the simplest of life’s pleasures.

Even with medications, you probably still have migraines.

Here’s how three chronic migrainers changed their lives by putting the kibosh on their life-killing migraines without medications. How’d they do it? Neurofeedback – also known as “biofeedback for the brain.”

Joyce, who suffered from migraine headaches for nearly 40 years, knows that medications don’t always help and are seldom a permanent solution. She also knows that neurofeedback can (and in her case did) get rid of migraines permanently.

Joyce’s migraines began as a teenager. They were so severe in her adult years that she often had to go to the emergency room for medication to knock her out for a few hours until the pain subsided.

“It felt like my head was going to blow off my shoulders,” said Joyce, a nurse practitioner in Palm Beach County.

Over the years, Joyce tried numerous over-the-counter and pharmaceutical remedies in an attempt to treat her migraines, including a blood pressure medication and triptans (like Maxalt® and Imitrex®). Nothing worked well or long-term.

“Not only did they not help much, they also made me feel loopy, lightheaded and mentally out of it for 24 hours,” she explained.

The best she could do was avoid triggers such as chocolate, fatigue and stress. When that failed, she retreated to a dark room where she endured light sensitivity, nausea and vomiting. When she simply couldn’t stand it any longer she wrapped herself into a throbbing ball, rolled into the car and had her husband take her to the emergency room.

“I was desperate for help. My migraine pain often rated a 15+ on a scale of 0 to 10,” explained Joyce. One day while in excruciating pain from yet another migraine, she went to Center for Brain. A friend had recommended she try it. Three hours later her pain level was at a “2.”

She began coming in for regular sessions. By the time she had completed 25 of them, Joyce was enjoying substantial relief – fewer and less intense headaches – and stopped taking all migraine medications. One year later she was still migraine-free and enjoying life with less worry.

“I’m no longer fearful of getting a migraine or waking up at three o’clock in the morning with a headache that feels like my head is going to split open,” she said. “I can travel now without worrying that the change in climate will cause a migraine. I still avoid food triggers and do get an occasional headache, but when that happens I take an ibuprofen and it goes away.

“Neurofeedback made a huge difference in my life,” she continued. “Not only did my migraines significantly diminish, but it also helped me sleep better and experience less anxiety in my daily life.”

A mental health therapist named “Joan*” had been suffering from migraine headaches since the age of 12. She had learned to “just power through” them, but wanted to try neurofeedback as a last resort. She reported having one or two migraines per week, lasting one to four days. She arrived at our office on the second day of a migraine.
We trained her during that visit for 25 minutes. Her pain level went from 7 to 2 during that time. She exclaimed that there was “no way” that kind of headache could have gone away that quickly. She said the shortest relief from any remedy she’d used was waking up without a headache the next morning.

After six more sessions once a week, Joan reported that her headaches had stopped. She shortly thereafter decided to add neurofeedback to her practice.

“Rebecca*,” eight years old, had been a migrainer for two years. When she came to us in the middle of a migraine, she had missed more than a third of the school year due to headaches and had been seeing a neurologist. She ranked her pain as a “7 of 10” when she arrived. After 20 minutes of training she described her headache as barely noticeable. She came the next day for more training, and again two days after that. Rebecca never suffered another headache, but to be sure she didn’t, we trained her about 25 times in total as “insurance” against recurrence.

So, how does neurofeedback help migraines?

“Neurofeedback helps the brain shift out of that migraine-producing pattern into a different pattern. Essentially, this shift knocks out the headache.

“Neurofeedback works by balancing the brain so that it operates better,” he continued. “When it’s operating better, headaches go away, occur less frequently or are less intense. Most people, including doctors, don’t know there is now a tool called neurofeedback that helps you change the pattern – often permanently – without medication. It’s unfortunate that more neurologists and doctors aren’t familiar with neurofeedback. This type of biofeedback can help break the migraine and headache cycle.”

Neurofeedback’s effectiveness with migraines isn’t only anecdotal, Mike explained. Two published studies showed an effectiveness of
80-90 percent among research participants, which Mike says is typical of what he encounters in his practice.

Mike added: “The bottom line is: Your brain created the headache, and by changing its pattern it can get rid of its own headache…all without medication.”

If you know someone who struggles with chronic migraines, let them know it’s possible to change that pattern. Contact Center for Brain today to learn more.

About Center for Brain

Center for Brain is staffed by a team of compassionate professionals whose mission is to enhance the lives of people suffering from a variety of conditions that can be significantly improved with the help of neurofeedback and other brain technologies.

Mike is one of the leading experts in brain biofeedback. For more than 20 years he has helped children and adults feel better who suffer with a wide range of problems including ADHD, anxiety, insomnia, and learning and processing issues. He has taught neurofeedback to over 2,000 healthcare professionals, including medical doctors, all over the U.S. and the world.