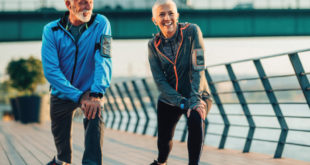 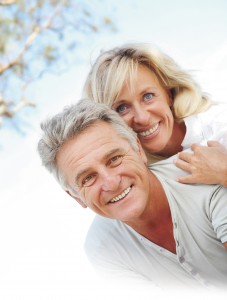 America’s baby boomers first came on the scene in 1946. They’ve been turning the world on its head ever since.

Known as the country’s greatest generation for leading change, baby boomers make up roughly 26 percent of the United States’ total population – at about 78 million people. Over the years they’ve reinvented almost everything about the way America lives – from the music we listen to, to the cars we drive, to the technology we rely upon, to the way we age.

The oldest baby boomers have already begun crossing the threshold into their golden years – and as expected, they’re redesigning what’s on the other side.
Never known as an understated generation, baby boomers have already made it clear that they won’t be fading quietly into retirement. On the contrary, they’re all about staying active and engaged. Chronologically they may be aging, but their spirits aren’t. So whether it’s finding a new career, rock-climbing, volunteering, adventure travel or online dating, baby boomers are embracing life’s second act with gusto.

More than any generation before them, baby boomers have adopted lifestyles that help them stay healthy and fit. And they’re embracing modern technologies that enable them to stay connected to the world around them and involved in it. An important way in which active baby boomers are keeping up their youthful pace is by taking care of their hearing.

This generation understands that in order to fully enjoy the experiences of life, you need to stay connected to it. So rather than deny a hearing loss and suffer the negative social, cognitive and professional consequences that inevitably result from leaving it unaddressed, baby boomers are increasingly dealing with hearing loss head on.

Boomers in their 40s, 50s and 60s are getting their hearing tested. And they’re benefitting from the technological revolution taking place in the hearing aid marketplace. Simply put, the generation has caught onto the fact that today’s state-of-the-art hearing aids are highly effective, sleek and sophisticated wearable electronics that can help them stay actively connected to life – not to mention to all their other prized electronics.

America’s baby boomers have been shaking the place up for decades. It’s no wonder, then, that they’re now redesigning the golden years. For more information on hearing loss, visit HearUSA at www.HearUSA.com.

2.    They automatically adjust to all kinds of soundscapes. Recent technological advances with directional microphones have made hearing aids far more versatile than ever before – and in a broad range of sound environments.

3.    You can enjoy water sports and sweat while wearing them. Waterproof digital hearing aids have arrived. This feature is built into some newly designed hearing aids for those concerned about water, humidity and dust. This feature suits the active lifestyles of swimmers, skiers, snowboarders, intensive sports enthusiasts and anyone working in dusty, demanding environments.

4.    They work with smartphones, home entertainment systems and other prized electronics. Wireless, digital hearing aids are now the norm. That means seamless connectivity – directly into your hearing aid(s) at volumes that are just right for you – from your smartphone, MP3 player, television and other high-tech gadgets.

They’re always at the ready. A new rechargeable feature on some newly designed hearing aids allows you to recharge your hearing aids every night, so they’re ready in the morning. It’s super convenient – and there’s no more fumbling with small batteries.