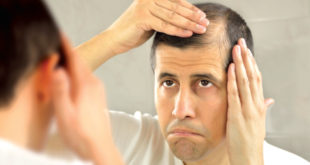 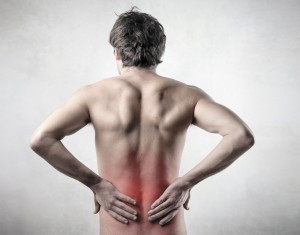 In Traditional Chinese Medicine (TCM) there is an ebb and flow to the energy of each organ system that reflects the changing environmental conditions of the seasons.  Even here in South Florida where the traditional four seasons aren’t so well defined we are nonetheless still affected.  The spring season is the time when the liver and gallbladder (yin yang pair) are most open to influence.  While the liver/gallbladder systems are more vulnerable to disease or illness, they are also at the same time more receptive for detoxification and functional support as well.  This is why the spring time is the best time of the year to focus on liver support as a means of creating a strong foundation to support optimal health throughout the rest of the year.

In TCM the liver has two main functions; it stores the blood and therefore helps to regulate the levels, and it is responsible for keeping the body’s qi or energy free circulating.  The liver therefore has a significant regulatory role.  When in balance, all goes well, but either too little or too much activity can have a significant impact on overall health due to the important regulatory functions of the liver.  The liver is also responsible for nourishing the tendons and keeping them healthy and strong.  The idea of the liver being primarily responsible for the tendons is virtually non-existent from a western perspective, but that concept has important clinical significance in TCM as many tendon related issues are treated by treating the liver.

The liver is directly impacted by stress.  Stress, both physical and emotional, causes stagnation of the body’s energy, and recall it is the livers job to keep that energy moving, therefore stress has a direct negative impact on the liver’s function in TCM.  Not getting enough rest, use of drugs (legal and otherwise), overwork (both physical and mental) and improper diet can also impair the liver.  Improper liver functioning can result in a variety of symptoms, ranging from irritable bowels to bloating, vertigo and dizziness, ringing in the ears, red dry eyes, emotional instability, anger and outbursts.  In the spring season the most common symptoms of liver imbalance are achy joints and emotional upset/instability.

Spring time traditionally brings more wind, and wind itself is considered a pathogenic factor in TCM.  Each organ system has one particular environment pathogen that affects it the most, and in the case of the liver it is wind.   The combination of liver energy being more susceptible and wind being more prevalent results in a higher incidence of liver disturbances in the springtime.  The following are symptoms of wind related illness; dizziness, cramps, itching, spasms, tremors, pain that comes and goes, twitching, pulsating headaches, ringing in the ears or dryness in the upper body.  Emotionally wind can cause manic depression, nervousness and overall sense of stress.  Aches and pains that never seem to be in the same spot, a rash that appears at different areas, and emotional outbursts (usually anger but any emotion could come out) reflect the moving, scattered nature of wind.

Wind enters the body through the pores.  There is an old Chinese folk saying, “Bundle up in spring and stay cool autumn”.  This reflects the need to keep the pores covered up to help ward off the wind in the springtime, when the body is more susceptible to what we call wind-invasion, which refers to the pathological factor of wind causing a negative effect on body health.  In particular the nape of the neck/upper back is especially vulnerable to wind.  Many of the original Chinese names for the acupuncture points in this area contain the character for wind and the area in general is referred to as the ‘wind gate’.  It is therefore especially important to keep this area covered up.  The most common symptoms of wind-invasion are achy joints and colds but any of the previously mentioned symptoms can result.

Many people now associate bouts of joint pain with cold and or damp conditions however very few people think of wind as causing any ill effects.  During the spring season people who experiencing joint pains and aches that come and go are likely being affected by wind.  For anyone experiencing joint aches and pains that occur more often during the spring season a simple remedy is to limit your exposure to wind, both inside (i.e. ceiling fans, A/C vents) and out, and to visit your acupuncturist!

For over fifteen years Dr. Meng has been helping patients to achieve optimal health throughout the seasons.  She has extensive experience and success treating wind and liver related issues that arise with the spring season.

Space is limited, RSVP today to reserve your spot

Share
Previous Massage Therapy: Respected Career in a Growing Industry
Next What you need to know about Glaucoma 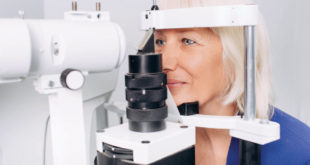