Less Pain Pill Access Is Hurting Those Who Hurt

Could Body Biofeedback be your Answer?

By Michael Cohen, Director and Chief of Neurotechnology Center for Brain Training

Millions of chronic pain sufferers are in a bind.

Most don’t know that body biofeedback might be able to help. 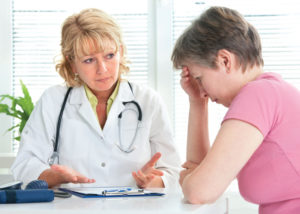 Shifting prescribing habits
As the opioid crisis takes center stage in the media, doctors are altering how they deal with chronic pain: Fewer are willing to prescribe heavy-duty pain pills. Many have reduced the number or strength of the pills they do prescribe. This situation causes anxiety, and anxiety can exacerbate the pain.

Changes in prescribing habits, particularly for opioids, is being influenced by strict CDC guidelines as well as regulations by many state governments.
In July of 2018 new regulations went into effect in the State of Florida. These placed a three- or seven-day limit on opioid prescriptions for acute pain. The new regulations don’t restrict prescribing for chronic pain (such as cancer, terminal diseases or severe traumatic injuries). Nonetheless, many physicians feel pressure to voluntarily restrict – or discontinue – prescribing pain pills, even for chronic pain patients.

While the spirit of the law was to improve overdosing problems, it’s had an unintended consequence for people with legitimate chronic pain: It’s “cut off” people who could only function in daily life with the use of pain killing medications, leaving them with few options:
Live with relentless, debilitating pain
“Doctor shop” to find a physician willing to prescribe what they need
Turn to illicit street drug alternatives.

The American Medical Association (AMA) found prescriptions for pain killing drugs, including OxyContin and Vicodin, declined nine percent in 2017, or about 19 million fewer prescriptions compared to a year earlier. Opioid prescriptions are down by 55 million since 2013, a 22 percent reduction nationwide and a sign that “physicians and other health care professionals are increasingly judicious when prescribing opioids,ˮ Patrice Harris, chairwoman of the AMA’s Opioid Task Force, said in a written statement.
– Source: MedicalXpress.com

A pioneer in body biofeedback
In 2014 the Center for Brain Training became one of the first neurofeedback centers in the United States to offer body biofeedback, a little-known – but effective – alternative to pain medication for chronic pain.
It was experimental for us then, but today it’s a staple in our toolbox after numerous people told us they benefitted from it. Some even called their results “transformative.”

Resetting the nervous system
Neurobiology experts believe that chronic pain occurs when the nervous system becomes over-aroused and sends excessive pain signals to the brain. Then, for whatever reason, too much of the brain is recruited to pay attention to those signals, perpetuating the pain.

I’m still amazed at how well the biofeedback worked. Brain training helped my pain without negatively impacting every other part of my life like the side effects of the medications had done. To be able to go from being unable to do anything to finally having significant relief without pain medication was a blessing. – S.W., Center for Brain Training client

Results
We can’t say how long it’ll take for you to see results, or even guarantee that you’ll get results at all. However, in the five years we’ve been using body biofeedback, at least 75 percent of our chronic pain clients have experienced improvement. They reported even more improvement when body biofeedback was combined with neurofeedback.

Most people will need from 6-15 sessions, though there’ll be some noticeable benefit for many people after two to three sessions.

How long does it last? Several months for some people. Several years for others. Many people seek out periodic “maintenance” sessions to help ensure that their relief persists.

Why you probably haven’t heard
of body biofeedback from your doctor
Because body biofeedback is a non-drug treatment, many doctors and other health professionals are unaware of the technology and its effectiveness. In the United States, our health culture is centered on drugs. Therefore other approaches, even though effective, are often overlooked. The reason? They lack robust promotional budgets such as those of pharmaceutical companies.

A woman had 40 years of chronic headaches, neck and back pain she attributed to a car accident at age 19. She’d seen more than 50 healthcare specialists, including neurologists, chiropractors and acupuncturists, without any relief. After four sessions of body biofeedback she reported a 75% reduction of her pain.

Call today
If you’re concerned about options for helping your chronic pain, don’t give up. Call the Center for Brain Training for details or to book a free consultation to find out how we may be able to help.