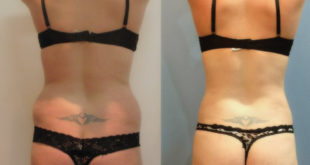 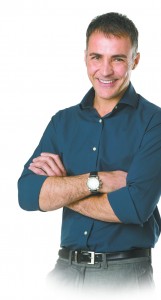 Prostate cancer is the second most common cancer (after skin) among men in the United States. The American Cancer Society estimates that one in six will be diagnosed with prostate cancer in his lifetime, which amounts to approximately 240,890 new cases every year. Fortunately, the disease is very treatable if found early: It has a nearly 100% five-year survival rate in the first two stages. Currently, some 2 million U.S. men in the country themselves as prostate cancer survivors — including more than a few household names like Robert De Niro, Arnold Palmer, Former Secretary of State Colin Powell, Sir Roger Moore, Charlton Heston, Dennis Hopper, former NY Mayor Rudy Giuliani, Former South African President Nelson Mandela, the Godfather of Soul James Brown.

What is PSA?
Prostate-specific antigen (PSA) is a protein produced by both cancerous (malignant) and noncancerous (benign) prostate tissue. PSA helps liquefy the semen. A small amount of PSA normally enters the bloodstream. Prostate cancer cells usually make more PSA than do benign cells, causing PSA levels in your blood to rise. But PSA levels can also be elevated in men with enlarged or inflamed prostate glands. Therefore, determining what a high PSA score means can be complicated.

Besides the PSA number itself, your doctor will consider a number of other factors to evaluate your PSA scores:
• Your age
• The size of your prostate gland
• How quickly your PSA levels are changing
• Whether you’re taking medications that affect PSA measurements, such as finasteride (Propecia, Proscar), dutasteride (Avodart) and even some herbal  supplements

Professional organizations vary in their recommendations about who should — and who shouldn’t — get a PSA screening test. While some have definitive guidelines, others leave the decision up to men and their doctors. Organizations that do recommend PSA screening generally encourage the test in men between the ages of 40 and 75, and in men with an increased risk of prostate cancer.

Ultimately, whether you have a PSA test is something you should decide after discussing it with your doctor, considering your risk factors and weighing your personal preferences.

At Maximum’s Men’s Clinic we specialize in all things relating to men’s health.  Dr Herbert Fishman, medical director at Maxim Men’s Clinic has 30 years experience in family practice specializing in Men’s Health and Sports Medicine.  For your free consultation contact our team at 561-459-3000.
www.MaximMensClinic.com

Here’s more information to help you prepare for a conversation with your doctor about PSA testing.

Simple test, not-so-simple decision
There are a number of pros and cons to the PSA test.

Cancer is easier to treat and is more likely to be cured if it’s diagnosed in the early stages of the disease.

PSA testing can be done with a simple, widely available blood test.

For some men, knowing is better than not knowing. Having the test can provide you with a certain amount of reassurance — either that you probably don’t have prostate cancer or that you do have it and can now have it treated.

The number of deaths from prostate cancer has gone down since PSA testing became available.

Some prostate cancers are slow growing and never spread beyond the prostate gland.

A diagnosis of prostate cancer can provoke anxiety and confusion. Concern that the cancer may not be life-threatening can make decision making complicated.

It’s not yet clear whether the decrease in deaths from prostate cancer is due to early detection and treatment based on PSA testing or due to other factors.

The American Cancer Society recommends that men make an informed decision with their doctor about whether to be tested for prostate cancer. Research has not yet proven that the potential benefits of testing outweigh the harms of testing and treatment. The American Cancer Society believes that men should not be tested without learning about what we know and don’t know about the risks and possible benefits of testing and treatment.

Starting at age 50, men should talk to a doctor about the pros and cons of testing so they can decide if testing is the right choice for them. If they are African American or have a father or brother who had prostate cancer before age 65, men should have this talk with a doctor starting at age 45. If men decide to be tested, they should have the PSA blood test with or without a rectal exam. How often they are tested will depend on their PSA level.

If you or someone you love has questions about PSA Screenings, contact Maxim Men’s Clinic for a consultation with Dr. Fishman at 561-459-3000.

Share
Previous Are You at Risk for Developing Stomach Ulcers?
Next Treating Hair Loss During Menopause