ANYONE CAN SUFFER FROM ANXIETY NEUROFEEDBACK CAN HELP 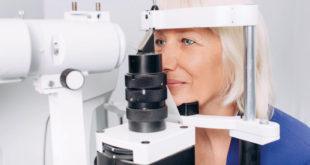 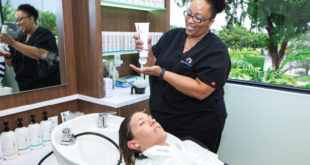 By David A. Goldman MD – 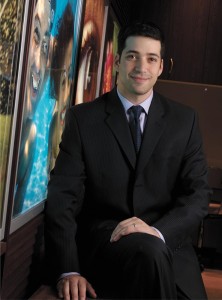 Dry eye is believed to be one of the most common ocular conditions in the United States. More common in women, one study estimated the prevalence of dry eye in women ≥ 50 years old was 7.8% or 3.23 million women in the US.  Called keratoconjunctivitissicca, the underlying pathology is a decreased production of tears by the lacrimal gland. If insufficient tears are produced, the ocular surface begins to dry out. When mild, a simple occasional irritation may be all that is noted by the patient. Moderate dry eye sufferers can develop superficial abrasions of the cornea and conjunctiva.  Severe dry eye sufferers can have corneal ulcerations that can cause permanent loss of vision. The treatment of dry eye consists of rebuilding the tear film.  Artificial tears provide an immediate increase in the wetness of the cornea, but are time-limited. Medications such as Restasis work by increasing the amount of tears being produced, but they can take several months to achieve therapeutic success. Other treatments involve punctal plugs – these are microscopic tops that are used to effectively cap off the puntcum (hole in the lid closer to the nose where your tears naturally drain). Much like putting a plug in a sink, these allow the tears created to remain on the ocular surface longer.

Of course, if tear production is minimal, the effect of plugs will be small. Unfortunately, not all dry eye diagnosis and treatment are that simple.  Blepharitis, a distinct entity from dry eye, can have similar symptoms and signs.  Blepharitis refers to an inflammation of the eyelid margin.  Sometimes, it can mimic dandruff on the eyelashes. In these cases, eyelid scrubs with baby shampoo or tea tree oil shampoos may be helpful.  However the most common type of blepharitis affects small glands in the eyelid called meibomian glands. These meibomian glands are responsible for secreting the oil component of the tear film.  Though our tears are mostly water-like, there is an oil component to them.  Much like oil creates a separate layer in a pot of water, so too does the oil from the meibomian glands form a layer of the natural tear.  In severe forms of blepharitis, these glands can become dysfunctional, leading to an absence of oil. In cases such as these, the patient’s tears evaporate rapidly and, despite producing enough tears and not having “dry eye”, experience the exact same symptoms. In these cases, treatment is targeting more at improving function of the meibomian glands.

While there is no complete cure for all forms of dry eye, proper identification of the underlying cause is critical to resolving symptoms. While dry eye and blepharitis contribute significantly to ocular discomfort, there are many other causes.  Evaluation with an eye professional is always recommended to uncover these causes.  In most cases, early treatment of these findings is much simpler than treating later on.

Prior to founding his own private practice, Dr. David A. Goldman served as Assistant Professor of Clinical Ophthalmology at the Bascom Palmer Eye Institute in Palm Beach Gardens. Within the first of his five years of employment there, Dr. Goldman quickly became the highest volume surgeon. He has been recognized as one of the top 250 US surgeons by Premier Surgeon, as well as being awarded a Best Doctor and Top Ophthalmologist.

Dr. Goldman received his Bachelor of Arts cum laude and with distinction in all subjects from Cornell University and Doctor of Medicine with distinction in research from the Tufts School of Medicine. This was followed by a medical internship at Mt. Sinai – Cabrini Medical Center in New York City. He then completed his residency and cornea fellowship at the Bascom Palmer Eye Institute in Miami, Florida. Throughout his training, he received multiple awards including 2nd place in the American College of Eye Surgeons Bloomberg memorial national cataract competition, nomination for the Ophthalmology Times writer’s award program, 2006 Paul Kayser International Scholar, and the American Society of Cataract and Refractive Surgery (ASCRS) research award in 2005, 2006, and 2007. Dr. Goldman currently serves as councilor from ASCRS to the American Academy of Ophthalmology. In addition to serving as an examiner for board certification, Dr. Goldman also serves on committees to revise maintenance of certification exams for current ophthalmologists.

Dr. Goldman’s clinical practice encompasses medical, refractive, and non-refractive surgical diseases of the cornea, anterior segment, and lens. This includes, but is not limited to, corneal transplantation, microincisional cataract surgery, and LASIK. His research interests include advances in cataract and refractive technology, dry eye management, and internet applications of ophthalmology. 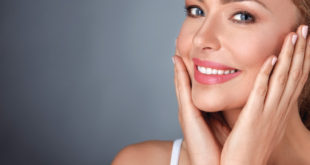 Have you heard of HALO and Forever Young BBL treatments? These are two new technologies …