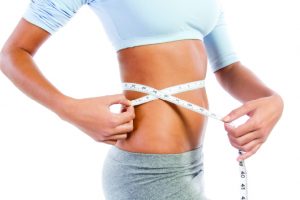 Less Downtime
With traditional liposuction, a cannula is forced under the skin to manually break up the tissue. This movement and force can cause trauma that is comparable to an impact that is felt by a severe car crash. However, the laser fiber that is used during the laser liposuction, replaces this technique and gently melts the fat without the abrupt force. Since we only create a tiny incision that is 1. 5mm in size there is minimal scarring. Although swelling and bruising and pain can occur it is minimized. We do not use drains or even stitches and patients are fully ambulatory after the procedure.
Flexible Fiber
Laser liposuction is performed with a laser that uses a fiber that is as small as the stem of an ink pen. It is flexible in nature so it allows for more precise angles and movements to target the hard to reach areas such as the area surrounding the rib cage. As I’ve seen in many cases, clients who visit me after liposuction performed years prior, there is often a fat bulge that runs along the ribcage because it cannot be reached safely without the possibility of puncturing a lung. So physicians usually stear clear of that area to avoid the risks. With the small flexible laser fiber, we can safely reach those similar types of areas with only minimal risk involved.
Less Risk
Since we are able to locally anesthetize the patient without putting them under, the risks that are associated with general anesthesia are eliminated. There is minimal risk of blood clots compared to traditional liposuction since patient are up and about immediately after surgery. Also, the patients are able to drive home if narcotic prescription medications are not taken. In most cases, patients choose not to take any.
Skin Tightening
After traditional liposuction, the fat is removed and then what? Loose hanging skin is left? That is exactly what can happen. If you are a young individual then chances are you will have good skin retraction, but with laser liposuction we are able to use a specific wavelength once the fat is removed that is very effective for skin tightening. The skin tightening will continue to improve for up to six months after the procedure.

Even Results
With manual disruption of fat cells, it is not possible to evenly break up the fat. Often times there are ripples that are left under the skin. By using a laser to melt the fat cells, we can keep treating the area until all the fat is evenly melted and dislodged, thereby achieving more even and precise results.
In order to assess whether or not a patient is a candidate, a complimentary consultation is recommended.
For more information visit
www.mdbeautylabs.com or call 561-655-6325
for a complimentary consultation.

Share
Previous Holiday Stress and Weight Gain: The combination most dreaded by Americans can be avoided with a few simple steps
Next New Technology Predicts Early Age Heart Disease Risks