Breast Health and the Role of Thermography 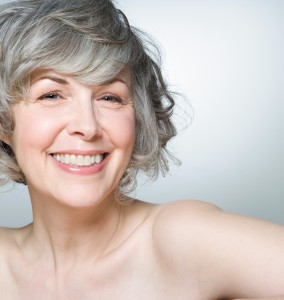 Can a healthy breast develop cancer or does the breast first become unhealthy? If the latter, how can one learn if their breasts have become unhealthy?
Logically, breast cancer cannot develop in a healthy breast.
A normal breast has to first become unhealthy and thus would have an environment conducive to abnormal cell growth. Notably, the breast being a significant fat “storage” organ will tend to accumulate environmental chemicals, etc., that are associated with an increased risk of cancer. Breasts are also very sensitive to radiation. This is where thermal imaging, or thermography, has a unique role and where no other investigation is as cost-effective, painless and without radiation. Breast inflammation with fibrocystic disease is common and is a known increased risk for cancer. Also, any cancer has to develop its own blood supply in order to grow beyond a pin-head size, and either this heat “signal” or the appearance of new blood vessels can be detected by thermographic imaging using a special, very heat-sensitive camera and computer.
Thermography has received FDA approval as an adjunctive investigation for breast cancer. A thermography session involves sitting in front of a camera in an air-conditioned room for 20 minutes. There is no pain because there is no contact with the breasts. As well, there is no radiation as the camera is simply reading the heat from the breasts. A trained female technician takes a series of images, waits for 10 minutes during which the breasts cool down, and then repeats the same images. Because the breast tissue cools significantly, a ratio of temperature change is established. Areas of heat that don’t cool within the same ratio are thermally abnormal.
The images are downloaded and assessed by a trained doctor, who evaluates these color images representing temperature ranges (red = hot and blue/black=cold) and can switch to an inverted grey scale to show the blood vessel pattern. A grid placed over the images allows a precise segment-by-segment temperature comparison by the computer with high reproducibility. A report will then be sent advising of the test result and recommendations.
Follow-up investigations are often recommended at 1- to 2-year intervals if normal, or at 3-6 months depending on the ratings. Any abnormal heat or blood vessel pattern is then precisely compared to the previous images to determine whether heat signals have remained stable, improved or deteriorated following appropriate interventions. Other studies would likely be recommended with any further evidence of abnormal or deteriorating heat patterns. These would include physical examination, ultrasound, mammography or MRI, and referral to a breast specialist. Notably, neither thermography nor mammography can identify cancer. Both merely reveal abnormalities that then need further investigations.
The above thermographic images reveal a typical vascular pattern that is unique to each woman. This pattern is remarkably constant over a woman’s lifetime if the breasts remain healthy. Ideally, a baseline thermogram at 20 years of age or even before a first pregnancy would provide a profile for future comparison, but can be started at any time to check on breast health; to add to other investigations; or to monitor a remaining breast following a mastectomy.
The following images are of a woman with very tender breasts who applied simple treatments (iodine and lymphatic massage) and became pain free. The red area (with arrow) in the left breast shows inflammation caused by excessive hormonal congestion. Thermography illustrates the improvements after 6 months (right image) with much healthier “cool” breasts.
The earlier a breast(s) with abnormal heat patterns is identified, the better, and could potentially be lifesaving. This is especially true where there is also a known genetic risk.
Next is an example where, following the mother having breast cancer, her two daughters decided to have thermograms done. The older sister’s breasts appear normal and uniformly “cool.” The younger daughter with unhealthy-looking breasts would be at greater risk and needing important information on lifestyle, diet and good breast health practice combined with regular thermal imaging.
The next thermogram is from a 25-year-old woman whose mother and aunt died from breast cancer. The asymmetrical blood vessel pattern and the increased left breast heat again indicate the need for education on breast health and regular monitoring by thermography to assess either improvement or any deterioration.
This final thermogram below is of a woman’s breast cancer where three repeated mammograms and ultrasounds over 18 months were deemed normal despite deteriorating thermograms. An MRI then identified an 8mm mass that proved to be an invasive cancer on removal. The inverted grey scale image shows the different blood vessel pattern.
For nearly 30 years researchers have advocated that young women be regularly assessed “by the most effective means available” so breast lesions can be detected and treated early to reduce mortality. In recognizing the fact that no current breast screening modality is without its limitations, a multimodal approach has been proposed by a number of researchers. Such an approach would comprise “breast awareness,” clinical breast examination and thermography followed by mammography and MRI if indicated.
Because thermography is a functional test that has peer-reviewed evidence to support its use, it serves to complement current conventional screening tools. As a non-invasive and radiation-free procedure, thermography can be safely used without risk to identify breast abnormalities and monitor breast health over time.
For 20 years, Bruce Dooley, M.D. has helped people with chronic health problems using the latest advances in Complementary and Integrative Medicine, which emphasizes science-based natural therapies in place of surgery and prescription medications.  He brings these effective therapies – including thermography — to the Palm Beach and Jupiter area at the Advanced Natural Medicine center (561-744-2724). Please see their ad and special offer in this magazine for more details.