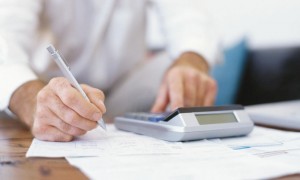 As the year comes to a close, your thoughts may not be on tax preparation!  Government shutdowns can cause delays and uncertainty, but death and taxes are assured and all tax deadlines remain in place.  Preparing for April 15th should begin now so that the process can go as quickly and smoothly as possible. In addition to gathering forms and paperwork, you still have time to consider a few ways to earn additional deductions for things like contributions to retirement plans.
Here are some tips from the IRS on tax recordkeeping:
• You should keep copies of your filed tax returns as part of your tax records. They can help you prepare future tax returns. You’ll also need them if you need to file an amended return.
• You must keep records to support items reported on your tax return. You should keep basic records that relate to your federal tax return for at least three years. Basic records are documents that prove your income and expenses. This includes income information such as Forms W-2 and 1099. It also includes information that supports tax credits or deductions you claimed. This might include sales slips, credit card receipts and other proofs of payment, invoices, cancelled checks, bank statements and mileage logs. Recent cases have been decided in favor of the IRS requiring more stringent substantiation requirements which apply to meals and entertainment, auto expenses, contributions, and other employee business expenses.
• If you own a home or investment property, you should keep records of your purchases and other records related to those items. You should typically keep these records, including home improvements, at least three years after you have sold or disposed of the property.  The deduction for rental losses is phased out once adjusted gross income exceeds $150,000, though can be carried forward until the property is sold.
There are over 100 changes affecting tax preparation for 2013. Of course, the vast majority do not affect most taxpayers. The new health care law provided two new taxes in 2013 for joint filers with incomes over $250,000 and single filers with incomes over $200,000:
• Additional Medicare tax on earned income:  A tax equal to 0.9 percent of wages that are received with respect to employment and that are in excess of $250,000 (joint return), $125,000 (married taxpayer filing a separate return), or $200,000 (all other cases).
• Additional Medicare tax on unearned income:  A 3.8% tax will be assessed on interest, dividends, capital gains, rent and royalty income, along with annuities from non-qualified plans. Investment income from retirement accounts is not subject to the tax.
In addition, high earners will face limitations on itemized deductions and personal exemptions. The old “Pease amendments” have been brought back to phase out itemized deductions claimed on 2013 returns of individuals with incomes of $250,000 or more ($300,000 for married couples filing jointly). The personal exemption is subject to a phase-out that begins with adjusted gross incomes of $250,000 ($300,000 for married couples filing jointly). It phases out completely at $372,500 ($422,500 for married couples filing jointly.)
There were a number of provisions set to expire in 2012 which were extended to 2013 and beyond. For example, the child credit of $1,000 per child was to be reduced to $500 in 2013. It has been permanently set to $1,000, income limitations still apply. Education incentives have also been made permanent. Some of the new 2013 changes affecting all taxpayers are as follows:
• Deductibility of medical expenses: The threshold for the itemized deduction for unreimbursed medical expenses increases from 7.5 percent of AGI to 10 percent of AGI. If you are over 65, this change will not go into effect until 2016.
• Flexible spending arrangement under a cafeteria plan:  The maximum amount available for reimbursement of incurred medical expenses of an employee, the employee’s dependents, and any other eligible beneficiaries with respect to the employee, under the Health FSA for a plan year must not exceed $2,500. Note the dependent care flexible spending arrangement remains at $5,000.
• Mileage: The cents-per-mile rate for 2013 is $0.565. Medical and moving mileage rates increase to 24 cents a mile for 2013.
• Wage base:  In 2013, the taxable wage base rose to $113,700
Before the holidays hit, get moving on your tax preparation for 2013.  In this ever-changing environment, future tax planning should be handled throughout the year, so contact your tax accountant at the beginning of the year to begin developing your 2014 strategy.
Some Important Tax Dates for 2014
For Small Businesses
• Jan 6 – Begin depositing payroll tax and continue to do so on a semiweekly  basis, or deposit once per month depending on the specific requirements of your business.
• Jan 31 – Furnish Forms 1098, 1099 and W-2G to recipients for certain payments during 2013. Furnish Form W-2 to employees who worked for you during 2013.
• Feb 14 – File a new Form W-4 if you claimed exemption from income tax withholding in 2013.
• Mar 17 – Corporations: Deposit the first installment of your 2014 estimated tax; State estimated follows.
• Mar 17 – Electing Large Partnerships: Furnish Sch. K-1 (Form 1065-B) to each partner.
• Mar 17 – S Corporations: File Form 1120S for 2013 calendar year and pay any tax due. Furnish a copy of Sch. K-1 to each shareholder. File Form 2553 to elect S Corporation status beginning with calendar year 2014.
• Apr 15 – Partnerships: File 2013 Form 1065 and furnish a copy of Sch. K-1 to each partner.
• Apr 30 – File Form 941 for the 1s quarter of 2014 and FL Form UCT-6 for Unemployment Tax on first $8,000 of wages
• Jun 16 – Corporations: Deposit the second installment of your 2014 estimated tax. State estimated follows.
• July 31 – File Form 941 for the 2nd quarter of 2014 and FL Form UCT-6 for Unemployment Tax.
• Aug  1 – File 2012 Form 5500 or 5500-EZ.
• Sep 15 – Corporations: Deposit the third installment of your estimated tax for 2014. State estimated follows.
• Sep 15 and Oct 15 – Many extensions expire. If an extension was granted, be sure to file necessary forms.
• Dec 15 – Corporations: Deposit the fourth installment of your estimated tax for 2014. State estimated follows.