Oral Habits and their Dental Effects 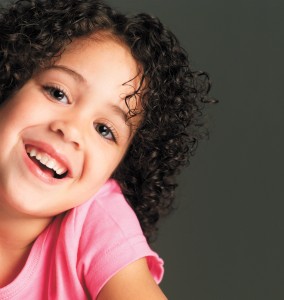 Oral habits, including the use of the pacifier, finger sucking, teeth grinding (bruxism), and nail biting, are extremely common in children and are often a source of concern for many parents.

Pediatricians, pediatric dentists and orthodontists are commonly approached for recommendations on how to eliminate the habit.  Taking a closer look to the nature and circumstances around the habit usually provides the answer.

Sucking is a normal baby reflex, beginning around the 29th week of gestation.  Almost 100% of normal babies engage in non-nutritive sucking.  Babies will usually suck their thumb, fingers, hand, a pacifier, or other inanimate object such as a blanket or toy.

Non-nutritive sucking has several benefits:
• It is an early step in an infant’s ability to self-regulate emotions
(“self-soothe”).
• It helps the child to relax and focus his or her attention.
• It provides comfort and security.

Although most children discontinue non-nutritive sucking between 2 and 4 years of age, more than 20% still engage in the habit at age 3.  Pacifier users typically discontinue non-nutritive sucking earlier than thumb suckers and the reason for the difference is clear.   Since the pacifier is a separate entity from the body, it can easily be discarded, lost or “passed on” to a younger baby, whether a sibling or family friend.

Thumb or finger sucking tends to be much more difficult to eradicate because the “object” of affection is attached to the child’s body.  Older children who are thumb suckers are often motivated to quit by peer pressure at school.  However, those who do not succumb to the “you’re too old for this” theory, tend to continue with non-nutritive sucking more often when they are tired, bored, anxious, or upset.

The dental effects of non-nutritive sucking directly correlate with the frequency, intensity, duration, direction and nature of the habit and should be assessed by the orthodontist.  The most common effect of extended pacifier use and/or thumb sucking is movement of the maxillary central incisors (upper front teeth) upward and anteriorly, which may result in an anterior open bite.  In an open bite, the upper front teeth don’t meet or touch the bottom front teeth.  This scenario can lead to speech difficulties, anterior tongue posture and functional problems.  The habit must stop immediately to avoid other negative sequelae.

Another common consequence of non-nutritive sucking is the appearance of “buck teeth”.  An intense thumb-sucking habit may cause the front teeth to extend forward and come out the confinement of the lips, causing the front teeth to stick out when lips are at rest.  Not only are these protruded teeth now more prone to injury but also the child tends to be teased at school.  As a result, the child may then become self-conscious and upset, which will then trigger a stronger dependence on the habit for comfort, producing a self-feeding cycle of habit/negative effect.

A constricted or narrow palate can also be the end product of continued non-nutritive sucking, and this can lead to a posterior crossbite.  In this situation, the bottom teeth overlap the top and the condition will not correct itself.  At this point, the child will need orthodontic treatment, likely via a palatal expander, to establish a proper bite.

It is important to remember that dental effects are generally correctible and unlikely to cause any long-term problems if the habit is discontinued by the age of 5.  It is important to help children break the habit before the permanent teeth erupt, preferably beginning intervention by age 4.  When a child persists with a sucking habit, the following approaches are to be considered:
• Tell the child in basic terms why you want them to stop and that you believe    they can do so.
• Implement reminder therapy.
• Start a reward system.

For physical intervention to work, the child must be ready and agreeable.  The most common techniques include:
• Covering hands at night with mittens or socks.
• Placing a bandage or specialty plastic guard on the thumb or finger.
• Placement of an intra-oral appliance by the orthodontist.

An intra-oral appliance, such as a habit-breaker or a tongue-crib, can be placed by the orthodontist to prevent sucking.  The appliance is custom-made to fit the child’s mouth and is usually glued onto the patient’s first permanent molars.  Overall, the entire process is completely painless and although the habit ceases in the first 2-5 days, the appliance remains in the mouth for six months after the habit is broken to ensure success.  This appliance is also useful to treat tongue thrusting, another parafunctional habit regularly seen in children.

One more commonly occurring oral habit is bruxism.  Bruxism is the habitual grinding of teeth, which most often occurs at night.  The etiology of bruxism includes habit, emotional stress (response to anxiety, tension, anger, or pain), parasomnias, neurologic abnormalities, tooth malocclusion, and, rarely, a side-effect of a medication.  Approximately 30% of children develop bruxism during the early school years.  Bruxism can result in enamel wearing of the front and back teeth.  If severe, bruxism can result in tooth sensitivity or root exposure, which requires treatment.  Bruxism may also contribute to temporomandibular joint disorder and headaches.

For children younger than 8 years, treatment is usually not required.  If the bruxism appears to be a stress response, stress management or behavioral therapy may be effective.  For older children, the orthodontist may recommend a mouth guard be worn at night to protect teeth from further damage.

Nail biting is another example of a parafunctional habit with an onset during childhood.  It is considered an impulse control disorder and has been classified under obsessive-compulsive disorders.  About 30% of children between 7 and 10 years of age and 45% of teenagers engage in nail biting.  Nail biting becomes less common after age 18, but it can continue into adulthood.

The etiologic factors most commonly associated with nail biting include stress and boredom.  The negative effects on the dentition include gingival injury, enamel wear or fractures and anterior crowding of the teeth.  For any dental treatment to succeed, the nail biting habit has to be eliminated completely.

An infant’s, child’s, or adolescent’s well-being can be affected by oral habits and both, parents and health practitioners are encouraged to take an individualized approach in the management of these habits.  Given that all of these oral habits are so terribly common, approaching a medical professional will appropriately reassure parents, address their concerns and when necessary, result in the proper intervention for their children.